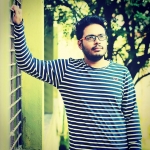 By the end of the 19th century several nationalistic movements had started in India. Indian nationalism had grown largely since British policies of education and the advances made by the British in India in the fields of transportation and communication. However, their complete insensitivity to and distance from the peoples of India and their customs created such disillusionment with them in their subjects that the end of British rule became necessary and inevitable.
However, while the Indian National Congress was calling for Britain to Quit India, the Muslim League, in 1943, passed a resolution for them to Divide and Quit. There were several reasons for the birth of a separate Muslim homeland in the subcontinent, and all three parties-the British, the Congress and the Muslim League-were responsible.
The British had followed a divide-and-rule policy in India. Even in the census they categorised people according to religion and viewed and treated them as separate from each other. They had based their knowledge of the peoples of India on the basic religious texts and the intrinsic differences they found in them instead of on the way they coexisted in the present. The British were also still fearful of the potential threat from the Muslims, who were the former rulers of the subcontinent, ruling India for over 300 years under the Mughal Empire. In order to win them over to their side, the British helped establish the M.A.O. College at Aligarh and supported the All-India Muslim Conference, both of which were institutions from which leaders of the Muslim League and the ideology of Pakistan emerged. As soon as the League was formed, they were placed on a separate electorate. Thus the idea of the separateness of Muslims in India was built into the electoral process of India.
There was also an ideological divide between the Muslims and the Hindus of India. While there were strong feelings of nationalism in India, by the late 19th century there were also communal conflicts and movements in the country that were based on religious communities rather than class or regional ones. Some people felt that the very nature of Islam called for a communal Muslim society. Added to this were the memories of power over the Indian subcontinent that the Muslims held on to, especially those in the old centers of Mughal rule. These memories might have made it exceptionally diffficult for Muslims to accept the imposition of colonial power and culture. They refused to learn English and to associate with the British. This was a severe drawback for them as they found that the Hindus were now in better positions in government than they were and thus felt that the British favored Hindus. The social reformer and educator, Sir Syed Ahmed Khan, who founded M.A.O. College, taught the Muslims that education and cooperation with the British was vital for their survival in the society. Tied to all the movements of Muslim revival was the opposition to assimilation and submergence in Hindu society. Sir Syed Ahmed Khan was also the first to conceive of a separate Muslim homeland.
Hindu revivalists also deepened the chasm betweent he two nations. They resented the Muslims for their former rule over India. Hindu revivalists rallied for a ban on the slaughter of cows, a cheap source of meat for the Muslims. They also wanted to change the official script form the Persian to the Hindu Devanagri script, effectively making Hindi rather than Urdu the main candidate for the national language.
Congress made several mistakes in their policies which further convinced the League that it was impossible to live in a undivided India after freedom from colonial rule because their interests would be completely suppressed.
One such policy was the institution of the "Bande Matram," a national anthem which expressed anti-Muslim sentiments, in the schools of India where Muslim children were forced to sing it.
The Muslim League gained power also due to the Congress. The Congress banned any support for the British during the Second World War. However the Muslim League pledged its full support, which found favour form them from the British, who also needed the help of the largely Muslim army. The Civil Disobedience Movement and the consequent withdrawal of the Congress party from politics also helped the league gain power, as they formed strong ministries in the provinces that had large Muslim populations. At the same time, the League actively campaigned to gain more support from the Muslims in India, especially under the guidance of dynamic leaders like Jinnah.
There had been some hope of an undivided India, with a government consisting of three tiers along basically the same lines as the borders of India and Pakistan at the time of Partition. However, Congress' rejection of the interim government set up under this Cabinet Mission Plan in 1942 convinced the leaders of the Muslim League that compromise was impossible and partition was the only course to take.

Impact and Aftermath of Partition

"Leave India to God. If that is too much, then leave her to anarchy." --Gandhi, May 1942
The partition of India left both India and Pakistan devastated. The process of partition had claimed many lives in the riots. Many others were raped and looted. Women, especially, were used as instruments of power by the Hindus and the Muslims; "ghost trains" full of severed breasts of women would arrive in each of the newly-born countries from across the borders. 15 million refugees poured across the borders to regions completely foreign to them, for though they were Hindu or Muslim, their identity had been embedded in the regions where there ancestors were from. Not only was the country divided, but so were the provinces of Punjab and Bengal, divisions which caused catastrophic riots and claimed the lives of Hindus, Muslims and Sikhs alike. Many years after the partition, the two nations are still trying to heal the wounds left behind by this incision to once-whole body of India. Many are still in search of an identity and a history left behind beyond an impenetrable boundary.
The two countries started of with ruined economies and lands and without an established, experienced system of government. They lost many of their most dynamic leaders, such as Gandhi, Jinnah and Allama Iqbal, soon after the partition. Pakistan had to face the separation of Bangladesh in 1971. India and Pakistan have been to war twice since the partition and they are still deadlocked over the issue of possession of Kashmir. The same issues of boundaries and divisions, Hindu and Muslim majorities and differences, still persist in Kashmir. 14 August, 1947, saw the birth of the new Islamic Republic of Pakistan. At midnight the next day India won its freedom from colonial rule, ending nearly 350 years of British presence in India. During the struggle for freedom, Gandhi had written an appeal "To Every Briton" to free their possessions in Asia and Africa, especially India (Philips and Wainwright, 567). The British left India divided in two. The two countries were founded on the basis of religion, with Pakistan as an Islamic state and India as a secular one.

Whether the partition of these countries was wise and whether it was done too soon is still under debate. Even the imposition of an official boundary has not stopped conflict between them. Boundary issues, left unresolved by the British, have caused two wars and continuing strife between India and Pakistan.
The partition of India and its freedom from colonial rule set a precedent for nations such as Israel, which demanded a separate homeland because of the irreconcilable differences between the Arabs and the Jews. The British left Israel in May 1948, handing the question of division over to the UN. Un-enforced UN Resolutions to map out boundaries between Israel and Palestine has led to several Arab-Israeli wars and the conflict still continues.